The Museum of Gloucester is delighted to announce that their new exhibition, Titanic Honour and Glory, will be sailing into the city on Wednesday 29 June, running until Thursday 29 September 2022. This incredible exhibition at the Museum of Gloucester, explores the legacy of the world’s most famous ship, revealing the unforgettable story of the tragic liner. From her conception to her premature demise 110 years ago in 1912, the exhibition brings to life the history of the legendary ocean liner and includes genuine artefacts from the Titanic, her sister ships, owners the White Star Line, plus memorabilia from the 1997 James Cameron movie.

Voted one of the top five exhibitions in the United Kingdom by The Times, Titanic Honour and Glory gathers together an unrivalled collection of genuine and rare artefacts where highlights include:

The disaster has always held a fascination for the world of TV and film where in fact the owner of the exhibition, Sean Szmalc, first became fascinated in the Titanic at the age of five when he saw the film A Night to Remember which, until James Cameron’s epic, was the most famous on-screen depiction of the disaster.

He has been amassing his awe-inspiring collection ever since which now includes memorabilia from the famous 1997 movie starring Kate Winslet and Leonardo Di Caprio in the roles which catapulted them to international stardom. Fans of the film will be excited to have the opportunity to see up close some of the costumes worn by the young leads in iconic moments from the film. The film also celebrates an anniversary this year, celebrating 25 years since it was released in December 1997.

The exhibition will also feature stories about local connections to the legendary liner and will add a moving personal resonance to the exhibition for local residents.

Activities for schools, children and families with a comprehensive events and education programme programme will also accompany this exhibition.

Booking enquiries: Booking is now available! For any ticketing enquiries, please email museum@gloucester.gov.uk or call or 01452 396131.

Schools! Find out about our Titanic education programme. Please contact us to book a session and/or a visit to the exhibition. 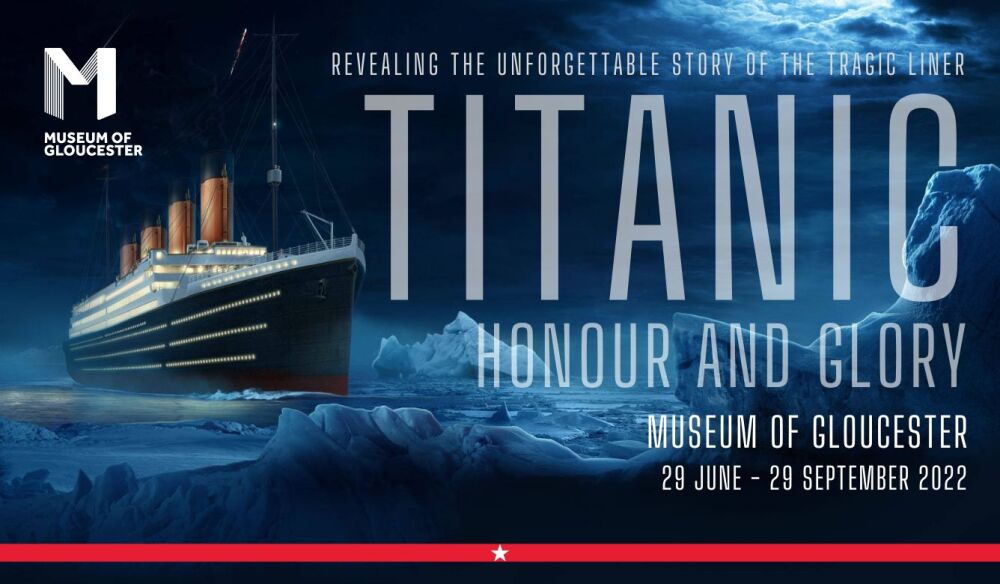 The Museum of Gloucester

Attractions and Days Out - Historic buildings - Museums and Galleries